Made for GWJ#27. If web version is slow, try one of the downloads.

Woe be to the hero who, born of Light, must battle the Shadows of the land. Their blight has sunken the old World, made it as a spectre!

You must recover the Tomes, and rid the new World of the creeping death, the Shadowfell. Three elements are all that are needed, combined with the Light and activated will save the people!

We may finally settle again afterwards, and enjoy a new peace not felt for many ages.

To the south-west is an elden cave, filled with water. It was once a holy place, now mired in dark and death. Seek the Water Tome here!

To the north-west is a fire alcove. Burning bright with the essence of fire, it has been overtaken by the Shadowfell. Recover the Fire Tome!

To the north-east is the ancient forest, with trees rooted steadfast for eons. The Earth Tome awaits in their midst!

As it were, the Light were not always known as such. Light was the only thing known and thought. The Kingdom was a grand spectacle, and existed so long that most never thought to wonder if there was a beginning to it all. Slowly, the Shadow crept in, only being noticed at first in forlorn corners and alleys of the Kingdom. A sickness unknown was slowly spreading, slowly making itself known to the Kingdom, something never before experienced or discovered.

When the Shadow struck, it was strong and it was cruel. The Kingdom was besieged and ruined in a single fortnight. All the splendor and rapture was quickly sank to nothingness. The people had no choice but to retreat. Of course they tried to build again. The Shadow, however, was too strong and too clever. Wherever the people attempted to build and set root, the Shadow was quick behind to nullify. The people were distraught. They had to keep moving no matter what, and that is what they did. Forced to become nomads, they vowed one day to find the Hero.

Cool project! I like the chill music, it made exploring around enjoyable. The combat system was pretty neat, the healing mechanic was well implemented! The different environments were pretty cool too!

I thought the way the entrances and exits to the dungeon areas was a little strange but the map was small enough that it wasn’t too confusing. If this was a bigger map with more obstacles to traverse, then I could see it being a bit confusing and/or frustrating. Also I wish there was a bit more to the ending!

Regardless, fun game! Keep up the fine work! 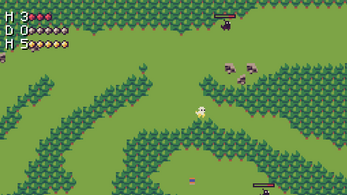 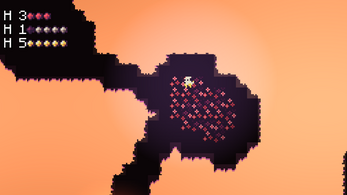 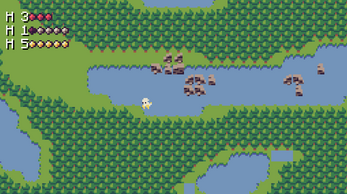 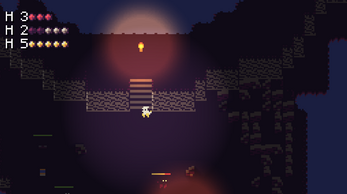